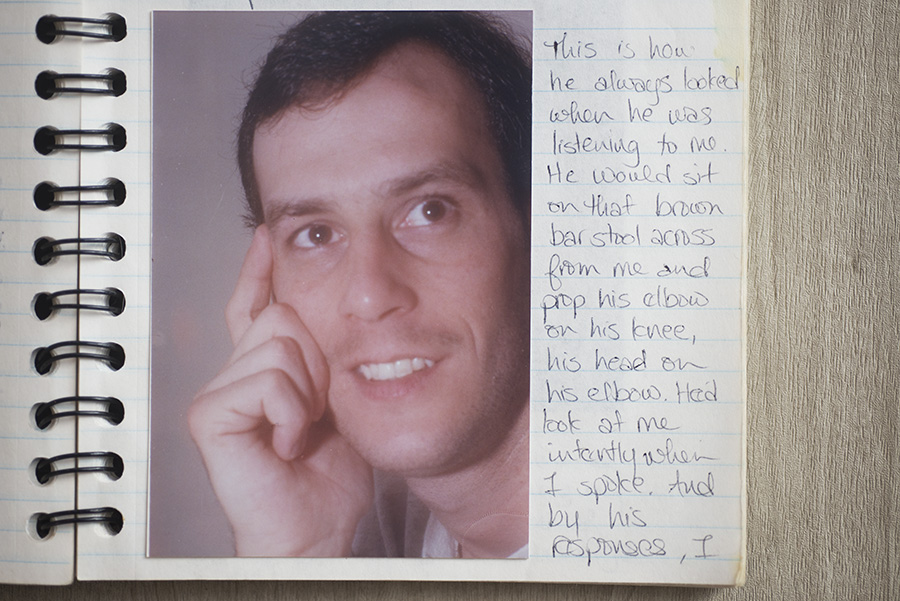 Note: I’ve been waiting years to share the following story. It’s not that I’ve been keeping it from you. Until recently it was too hard to tell; there were too many reasons not to tell it; I was scared; I was sad … on and on. But it’s too important. It’s why I do what I do. It’s my driving force, my passion, my reason for picking up a camera, not just once, but day after day, week after week. It’s my reason for finding out what’s special about people, for capturing expressions and not just images. It’s my reason for getting in deep with my clients, for diving into their lives and their loves. It’s everything. My love, my life’s work, my mission. And the story I’ve been scared to tell you about myself? Here it is.

In college I met an amazing guy named William. He changed my life, my perspective, my feelings about myself. We dated for a while in the Fall then split up for a while. Then in the Spring, we started getting back together.

I’ll never know if it would have worked out, because in May William was killed — murdered.

In the days before smart phones and cheap digital cameras, I had taken the last photos taken of William. Two nights after he and his friend Robbie went missing, I made a hasty visit to a campus photo lab to print photos for the “Missing” poster.

We never used those photos for their intended purpose, because the next night one of the murderers confessed. They found the bodies buried in shallow graves near a bridge in a rural part of Mississippi.

Some of those photos instead sat next to the casket during his funeral ceremony, and then went home with his mother as her last visual record of her son. This was in the days before smart phones and “selfies” so no one had taken good photos of him for months.

What she told me was that I had captured the essence of her son. We were just goofing off, testing to see if I knew how to use my new flash, but William was making silly faces and grinning from ear to ear. Celeste, his mom, said those photos would allow her to remind William’s niece, then only six years old, to remember her silly uncle as he was when he was alive.

Photos can capture the essence of a person. Photos that do this can make it seem as if that person were in the room with you. They can bring you back to the emotions you felt when you actually were with that person. They can transport you in time.

The printed photo is the only photo. Until I printed those photos they didn’t exist, and they couldn’t help anyone. After I printed them they became the most important thing in the world, to several people, including me.

Here’s what else happened: I hid this journal from my ex-husband when we were married because I figured he would get upset if he saw it (he had already read another journal of mine without permission, before we were married, and gotten upset.)

After I divorced, I couldn’t find this. I’ve been looking for months. I’ve dreamed about it. I’ve hunted through the whole house while cleaning and organizing things along the way.

Wednesday night, late, chatting with friends on Facebook, I found it. I think they could tell I was crying even over Facebook Messenger. I found the most precious, irreplaceable item in my house, and now it’s by my bed where if anything happens I can always grab it.

This is my story. Everyone has one. It’s a celebration, a passion, a thrill, or sometimes an ache buried deep. We all just need to find the person who is willing to listen.